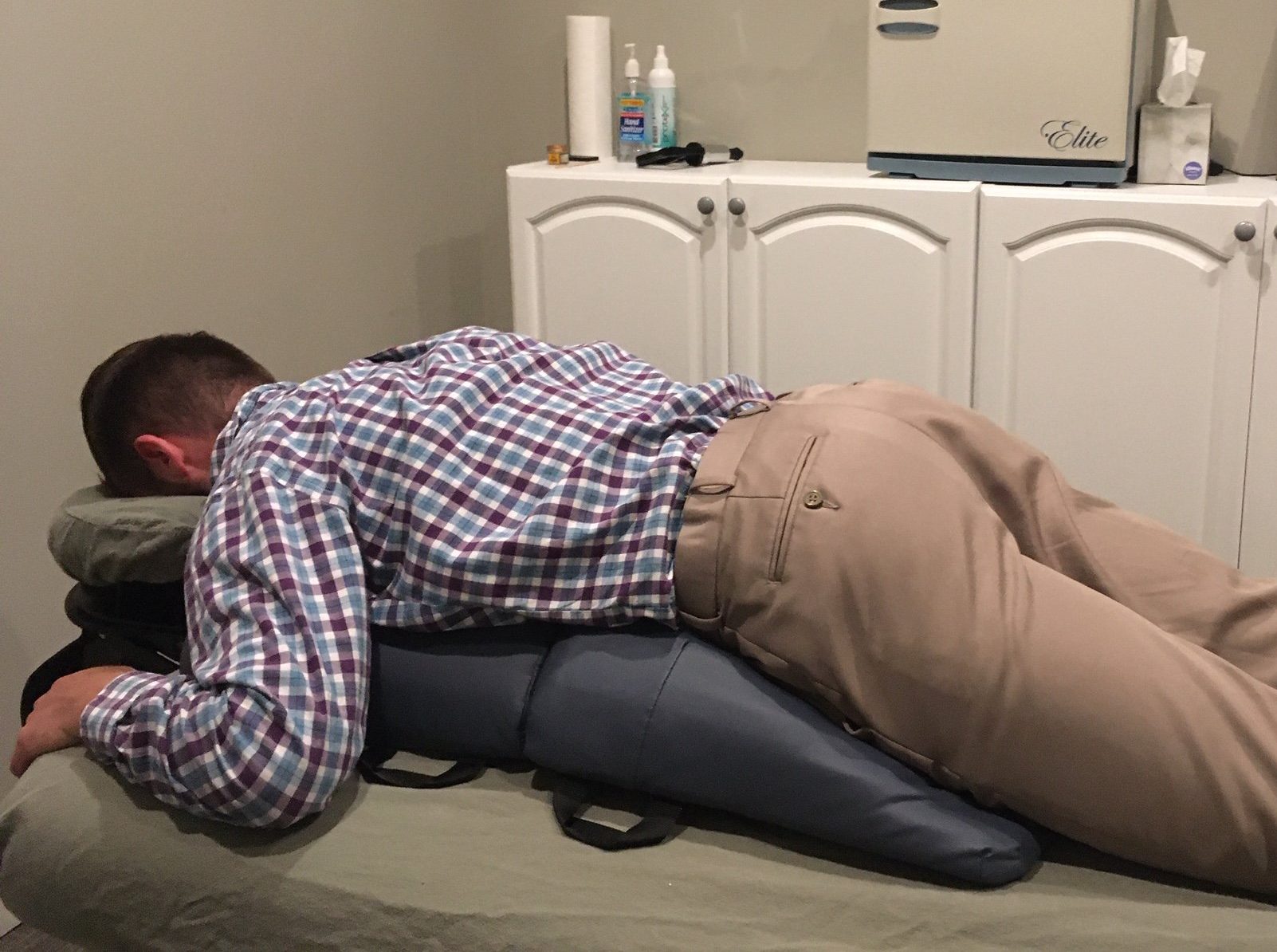 If you’ve been into the office for a massage recently you may have noticed the table looks a bit different. Instead of the traditional, flat massage table that looks like a poor substitute for a bed, all of a sudden you’re expected to get on this lumpy contraption.

I promise, we aren’t trying to make life more difficult for you. The new addition to the table is a set of bolsters called The Body Cushions. This is the top of the line in orthopedic positioning systems. The cushions can be adapted to you in multiple ways but their purpose is to position you so that you can relax and receive your massage with less pain and discomfort.

What is Orthopedic Positioning?

Orthopedic Positioning is very similar to Positional Release Technique, wherein the therapist attempts to shorten a tight muscle further to reduce the strain (and therefor pain) within the tissue. In the 1950’s, Dr. Lawrence Jones found that when he moved his patient with persistent, stubborn pain into a position of comfort and let him rest, the pain was drastically reduced. Through continued work he realized that when strain develops in one part of the body, counter strain is created in the opposing tissue (ex. if the back of the hips tighten the front of the hips will create counter tension). So, by reducing the original tension site you could also reduce the secondary tension. (source)

While face down, the Body Cushions gently curve the spine to decompress the vertebra, while putting a bend in the hips, increasing the bend of the knees and ankles, and supporting your weight on your hips and ribs rather than the soft tissue of the belly and breasts.

While face-up, the cushions cradle you like you’re laid out in a recliner or zero-gravity lounger. The stomach recess of the cushions is now under the spine, taking pressure off the spine and moving it once again to the pelvis, ribs, and shoulders. This also means that for patients with injuries which make it difficult to roll over, we can reach under the body and access the majority of the back with no need to struggle through a turn.

For those that can’t lay face-up or face-down the cushions also support you on your side. This is perfect for later stages of pregnancy as well as sever low-back and hip pain. The cushions separate under the shoulder and hold you up so you aren’t crushing the bottom arm. The ankle bolster is also long and broad enough to support the whole lower leg, meaning the hip isn’t painfully stretched but kept loose and comfortable.

I hope you enjoy your next visit to Brookview Wellness and don’t worry, I’ll save you a spot at the table.